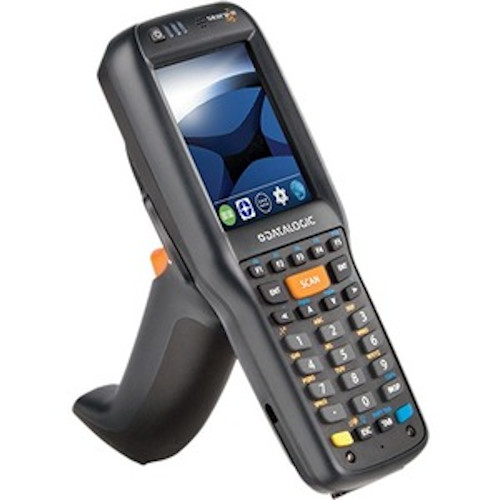 Datalogic is pleased to announce the new Skorpio X4 mobile computer: an important evolution for the extremely successful Skorpio product line of compact mobile computers that has set a new standard in the market! The strong commitment to the Retail market is confirmed, while Skorpio X4 represents a reliable and rugged companion for Manufacturing, Transportation & Logistics and Healthcare verticals in all their typical warehousing applications. Skorpio X4 features an all new architecture supporting tremendous speed improvements with Windows Embedded Compact (WEC7), while also supporting an easy migration path to Android.

Whether in department or specialty stores, in hyper stores and supermarkets, convenience stores, grocery or DIY, Datalogic’s Skorpio X4 mobile computer fits most any retail in-store requirement for mobile data collection or validation. And with the optional pistolgrip, this unit is also ready for the demanding back-end receiving and warehousing environments as well!

Temp. Out of Stock;
Available to Order
This item is currently out of stock. This manufacturer may have options with similar features. Contact us for lead time or another product that may work for you. If you place the order now, we will inform you when the item will be ready. You will not be charged until the order is ready to ship.